The tongue is a talented liar, but the eyes…no, not even a bit. Eyes cannot deceive. They are like an open door to the mind, and therefore terrifyingly accurate when it comes to revealing secrets. I should know, as I had a (best) friend incapable of controlling the size of her pupils whenever I caught her eyes (yikes, what a secret). The eyes have a talent much bigger than the tongue’s: the eyes speak when the tongue is restricted, and they do so silently.

The only time the eyes aren’t revealing secrets ruthlessly is when someone actually wants to express whatever is happening on the inside. Say, the person wants to express sympathy, or interest, astonishment, intrigue, attraction, desire, longing…or all that in a bolt of lightning: coup de foudre, like a bolt of love – or attraction I should say. That is The Look. And once it hits you, you cannot misread it. It’s the accuracy of the eyes.

Now, this may be an interesting game of flirting to non-Muslims (and Muslims that don’t care) but to people like me, it’s just an awkward game of hide-and-please-don’t-seek. That’s awkward, but not as awkward as being approached and having to reject the poor dude.

I remember this one time…

An ordinary Monday morning, on my way to university. As usual the train was pretty crowded, people sitting on the stairs and standing in the aisle. I was one of the unfortunate people without a seat, leaning against the wall. I remember holding a book, quickly checking out the chapters I had to ‘’study well’’ for the lecture I was heading to. Yeah, that’s how I roll…sadly. After scanning a few pages I stopped and thought: ‘’Hah, who am I kidding?’’ My bored face looked up and the first thing I see is this Dutch guy standing across me. He smiled at me. I automatically smiled back and casually looked around before giving my reading another chance. ‘’Aren’t we all zombies?’’ I thought.

I obviously didn’t realize what just happened. It took me a few seconds to think: ‘’Wait, did I just smile at a guy? Does it count as a sayi’ah when I don’t realize it? And that look…was that…’’ I hesitantly looked up to check if I indeed saw what I thought I saw.

Hello handsome giving me The Look! 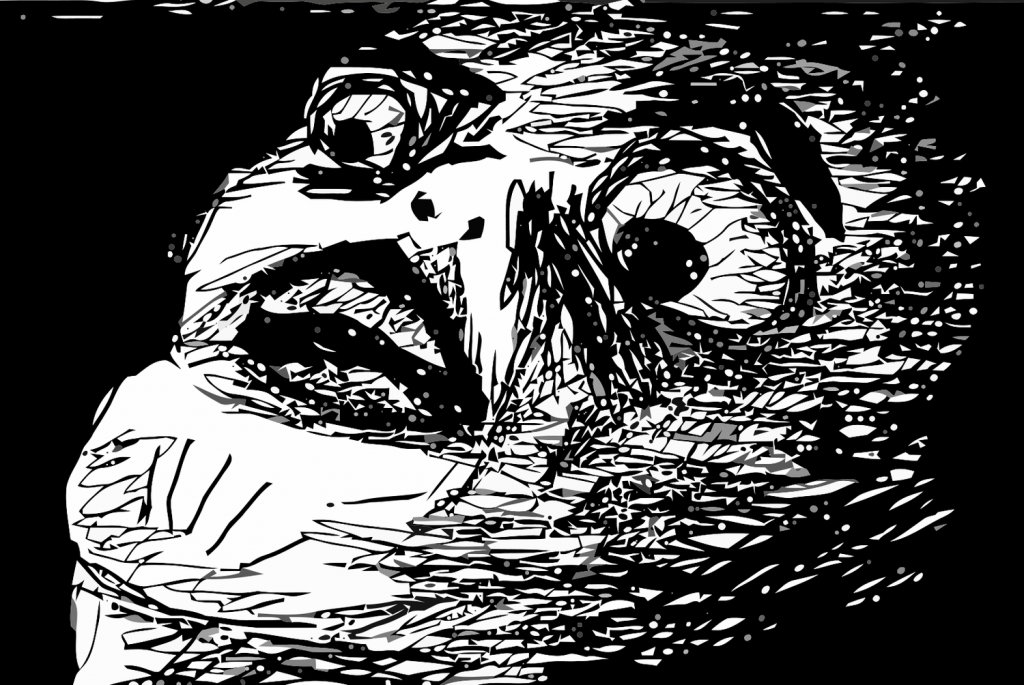 ‘’He’s so handsome! What the? How can he possibly be interested in me?’’

Now you’re probably thinking: what’s the big deal? Well, the deal is that I’m terrible at rejecting people and I just gave him the green light to approach me, without even realizing it. See, Dutch guys usually wait for positive feedback before they approach a girl. They don’t want to be rejected. Giving positive feedback and then rejecting him is just a female jerk move, so I had to prevent being approached at all cost.

‘’Lina, what have you done? What am I supposed to say when he approaches me? Explain I can’t date? Will he believe me? How awkward is that anyway?’’

In hindsight I could also just have come up with an excuse like having a boyfriend, but at that moment my panicked mind couldn’t do anything but yell ‘’IGNORE! IGNORE! DO NOT LOOK BACK!’’

And I didn’t look back. Not that it would have mattered… It was too late. I just shouldn’t have smiled. I shouldn’t have looked a second time. I had already given him false hope. He was going to approach me and I knew it. I knew I was doomed. Oh I knew!

But he wasn’t going to do it inside the train; not in front of everybody. He was going to do it outside. As he was nearest to the door, he was the first one to step out of the train. Instead of walking ahead to his destination, he turned around and stood there with his searching glance impatiently waiting for everyone to get out. I was pretty sure he was alone and judging by the look in his eyes and by his entire body language, the dude was definitely waiting for me.

Basic logic became the epiphany I needed: one who is searching, has not found his object yet. He couldn’t see me because I was standing behind a bunch of Dutch people and Dutch people are the tallest people on earth, while I’m a different race. I decided to use my shortness (or their tallness, a matter of perception) to my advantage.  The hustle and bustle of tall people was my shield, my hideout, my chance to slip away. I made sure to hide in the crowd of race walking tall people and slipped away as soon as I could.

So…yeah, I hid and ran away, like a cowardly ninja. But at least I didn’t have to reject the guy. Phew. Saved by my height.